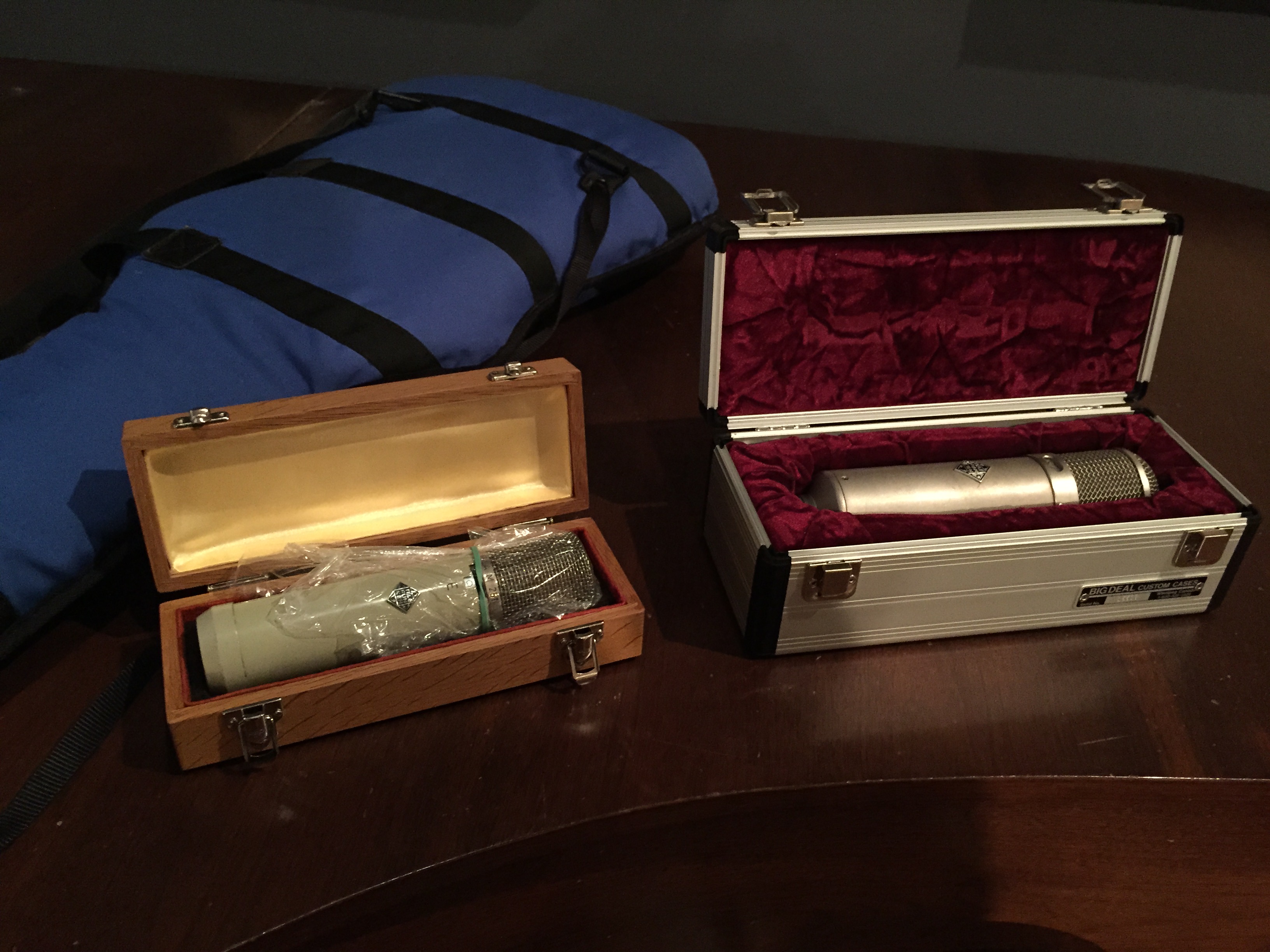 The “Detailed Mics” are a class of five historic microphones that have a few special qualities.

The second bit that makes them have that little extra is that while microphone technology hasn’t changed for many years the tools we have to make them has changed. Back in the 50’s the analysis, computer design, etc did not exist so they could not make the microphones using the same measurements we use today. As a result they had to fill-in the idiosyncrasies with good sound and flattery-of-subject. It’s not just the curve of the frequency spectrum — Telefunken/Neumann U47
This is the most well-known microphone in this group (and perhaps of all). It is known for its “Authoritative mid-range” and extended low-end response. The U47 FET is a cardioid-only U47 without the tube (to simplify) and is perhaps the best kick drum mic for the job in many cases. Neumann has started making the U47 FET again. Neumann M 49
This microphone shares the same capsule with the U47 however has different electronics. It is a bit more ‘flat’ than the U47. This mic is often thought to be better for female vocals because the U47 can have a nasality-like quality on some voices Neumann U67
This is the next in the generation of the Ux7 models and was designed as a close mic. Prince owned and used one to record himself. Neumann has resumed production. While the other mics in this list have a strong proximity effect the main difference here is that the proximity effect (strong bass tone when close to the mic) has been mitigated to allow closely talking/other souces to sound more natural. There are several versions of the U67 — the M269 is a U67 that uses the AC701 tube as in some ELA M 251’s. The SM69 is a dual-capsule version (stereo mic) of the M269. XY guitar mic anyone?

AKG C12
The diaphragm on the C12 capsule is bright which makes this tube mic have a shimmering quality on strings that is very ear-catching. The C12 capsule was also used in early versions of the c414 mic. There is a dual version called the C24 Telefunken ELA M 251
AKG used Neumann’s U47 design as a starting point and combined it with the C12 capsule to create a bright-sounding (boost in the 10k range) microphone excellent on just about anything.

This site uses Akismet to reduce spam. Learn how your comment data is processed.